RENT YOUR OWN PRIVATE ISLAND WITH STAFF NEAR IBIZA SPAIN

RENT YOUR OWN PRIVATE ISLAND WITH STAFF NEAR IBIZA SPAIN 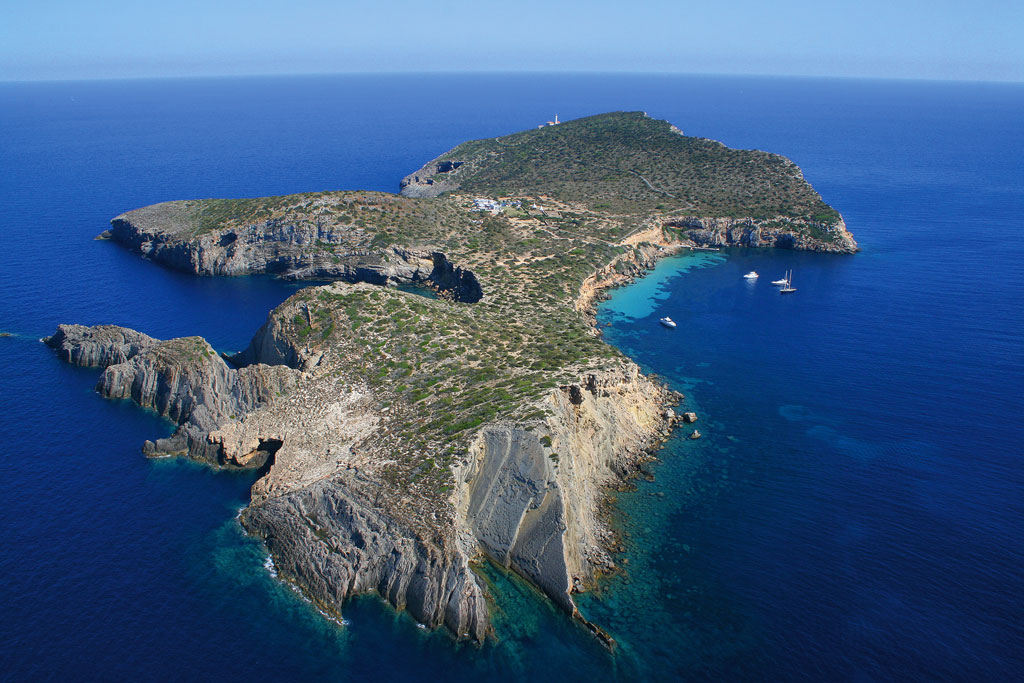 Tagomago is the ultimate retreat. Lounging on its own private island of approximately 400,000 sq m & only half a mile off the coast of the Spanish Isle of Ibiza, the sublime property is set against a green mountainous backdrop & is edged with a sea of turquiose and deep blue.

Tagomago’s beaches and moorings lie on its west coast providing guests with excellent opportunities for swimming, diving and all types of water sport.

Central to Tagomago is the signature villa itself: it’s seductive and open interiors fuse modernism with the rugged outdoors.

All rooms have been styled by world celebrated interior designers including the 5 bedrooms & en-suite bathrooms & all zones have high-tech features such as LED light systems, WiFi internet and sound systems by Bang and Olufsen. Equally as fashionable and modern are the villa’s extensive outdoor living areas.

Guests will take in stunning views of Ibiza from the alluring terrace and pool of exceptional proportions. The stylish sun beds and funky outdoor furniture- all as aesthetically cool as those found in the interior.

With its own a small jetty in a protected bay the island is easily reachable by boat or helicopter & is 10 minutes from the cosmopolitan town of Ibiza.  Tagomago islands features a number of paths which guests can take to explore this rare private island.

This private island is a rare and picturesque oasis, awaiting the most privileged of Mediterranean island dwellers.

The views from the island are breathtaking, with azure sea on all sides, the fantastic and varied rock formations of the cliffs of Tagomago and the unspoilt coastline of Ibiza in the distance.

The North Eastern end of the island is mainly covered in pine trees verging into scrub and flat land lies at the island’s centre.

Tagomago’s key location puts guests a short 900 metres/just over half a mile from the coast of Ibiza, the Spanish jet setter’s island of the Balearic.

Tagomago Island is also within 30 minutes by boat from the beaches of Formentera, comparable to those of the tropics.

The private island sits among waters of turquoise and deep blue. Its unique flora and very own nature reserve with bird sanctuary will give guests an ideal hideaway into nature.

Tagomago Island is perfect for guests who seek the pinnacle of privacy and luxury combined. Nearby Ibiza (Eivissa in its official form) is an island in the Mediterranean Sea 79 km off the coast of the city of Valencia in Spain.

It is the third largest of the Balearic Islands, an autonomous community of Spain. With Formentera, it is one of the two Pine Islands or Pityuses.