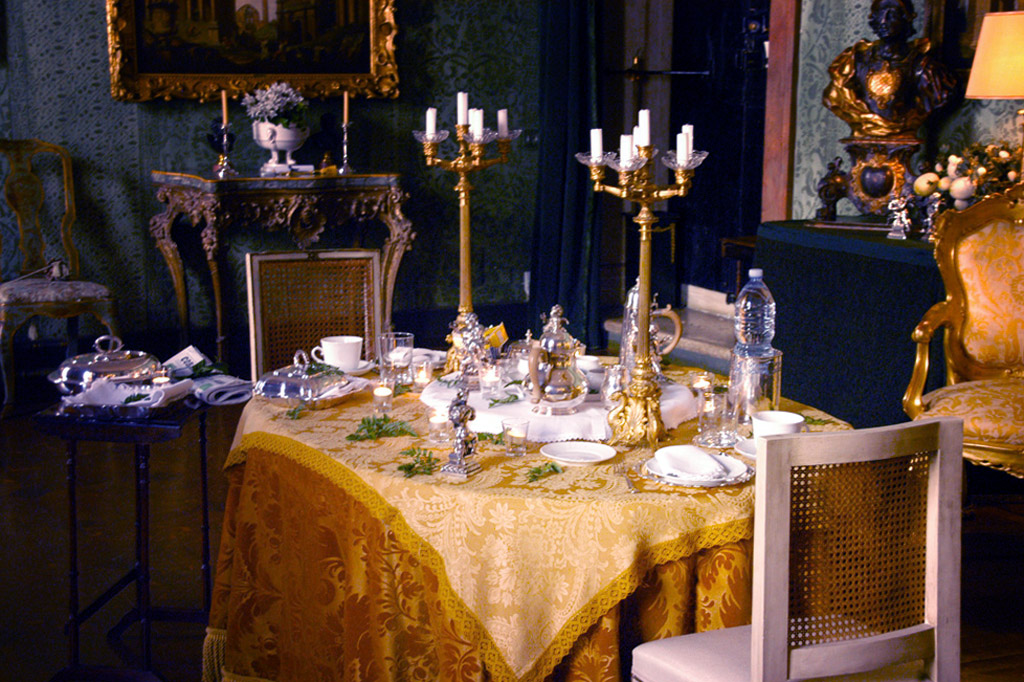 Residenza Napoleone is superbly located on Rome’s legendary Via Condotti: this is the city’s most chic shopping district, lined with boutiques such as Valentino, Bulgari, Armani, Gucci and Ferragamo. The Spanish Steps (‘Piazza di Spagna’) are just a few metres away, as are many of Rome’s most appreciated and celebrated historical sights – Piazza del Popolo, Piazza Navona, and Campo di Fiori.  In addition, Rome’s most sought after restaurant district and other visitor favourites are also within easy walking distance..

Situated in a prestigious Palazzo built in 1500, recent careful restoration and renovations have returned  the apartment to its original splendour, offering guests the best of a classical Roman Palazzo with all modern conveniences. Residenza Napoleone consists of three magnificent rooms (about 200 Sqm. or  2,160 Sqft. each), adorned with original antique furnishings, massive oil paintings, XVI century tapestries, parquets floors, and hand-stencilled walls. The apartment is accessed through massive wooden doors and an elegant arcade of Doric columns. A grand marble 16th century staircase, lined with antique marble busts of past Roman Emperors, leads up to the entrance.

Sumptously furnished with an antique sofa, table & chairs, the room also features a large fireplace. The Green Reception Room is where breakfast is served daily on Bulgari Silver. Between the Green Reception Room and Master Bedroom lies the intimate living area named the Yellow Room. The Yellow Room is comfortably furnished with sofas and armchairs, fully equipped with a large satellite plasma Television, ideal for relaxing after a day in the city. The large canopied bed in the master bedroom is draped in illustrious silks and other fabrics. The Residenza also features a large bathroom, kitchenette, and powder room.

Rome is Italy’s capital city, located in the region of Lazio. As well as being the nation’s capital, Rome is also Italy’s largest and most populated city, with a residential population of more than 2.7 million. An enclave key to Roman identity is the State of the Vatican City, the sovereign territory of the Holy See. This territory exists as the smallest nation in the world, and is the capital of the only religion that has representation in the United Nations (as a non-voting member state). As one of the few major European cities that escaped World War II relatively unscathed, Rome’s center remains essentially Renaissance and Baroque in character. Not surprisingly, then, the Historic Center of Rome is listed by UNESCO as a World Heritage Site.

Located in the prestigious 6th arrondissement between Boulevard Saint Germainat…